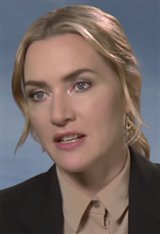 This Reading, England native cashed her first paycheck for acting after gamboling with a creature called 'Honey Monster' in a TV commercial for a sweetened breakfast cereal when she was 11. That was in 1986 and the young Winslet had just begun taking acting lessons. Five years later, after graduating from a performing arts high school, Winslet found herself on the British stage and on TV before, at 17, she bagged a role as a young murderess in her first feature film, Heavenly Creatures. That... See All