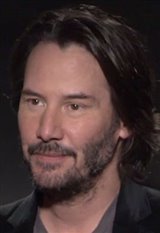 Although Keanu Reeves was born in Beirut, Lebanon, he was raised in Australia and New York before coming to Toronto to live, where he attended Toronto's High School for the Performing Arts. It was also in Toronto that Keanu made his professional debut on a local TV show. (Hockey fans should also take note that he was once a high school hockey MVP.) But it was his role as goofy teenager in Bill & Ted's Excellent Adventure that propelled him into the big time, a role that, by his own account,... See All