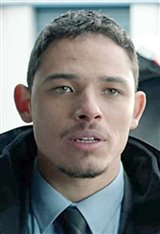 Anthony Ramos Martinez was born in New York City. He is of Puerto Rican descent and grew up in the Bushwick neighborhood of Brooklyn with his mother, older brother, and younger sister. Anthony was musically inclined from a young age. While in high school, he performed Motown songs at assemblies with the Halsey Trio, a student group. He graduated in 2009 and later attended the American Musical and Dramatic Academy, graduating from the musical theatre program in 2011. By 2012, Anthony had earned... See All