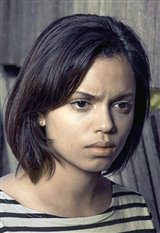 Born in Maidstone, Kent, England, Georgina Campbell was raised in Dartford by her mother and stepfather. She graduated with a Bachelor of Arts in Film Studies in 2014 from Royal Holloway, the University of London. When she was 16, Georgina was scouted in the street for her first role, as Lucy in the web series Freak. Since then, she has appeared in minor roles in Casualty, Holby City, Doctors, and Death in Paradise. In 2014 she starred in the TV movie Murdered by My Boyfriend. For her... See All