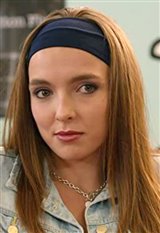 English actress Jodie Comer hails from Liverpool, United Kingdom. She grew up in a nearby suburb and attended a Catholic high school. While there, Jodie performed a monologue at the school talent show. This caught the attention of her drama teacher, who helped her book her first acting job in a BBC Radio 4 play. In 2008, Jodie's professional career took off when she earned a guest role on a British medical soap opera. She followed this up with multiple appearances on other British television... See All